The Wizard & the Cleric: Dissociating Class and Context (pt 2)

In my first post on this topic, we discussed the unnecessary association of a character's class with his or her profession or place in the fiction. Revisiting briefly; a 9th level Thief has the same Thac0 as a 5th level Fighter (and slightly more hit points, all things being equal). Provided we aren't chasing the newer editions into scaling our world for the level of the PCs, there's very little in the way of jobs for a 5th level Fighter which a 9th level Thief can't manage to do perfectly well, if not better. There's no reason that anyone meeting the Captain of the Guard should be able to determine that he isn't a 5th level Fighter, but rather a 9th level Thief. In fact, even the Thief himself may not recognize this, and may consider himself a Fighter with a natural talent for locks and moving quietly. Some work needs to be done to build some symmetry into that, but it's pretty trivial to think of several ways to approach making the opposite true as well.

The Wizard and Cleric classes stand out however, because their defining abilities are closely tied to the mechanical elements of the game. They make the rules visible to characters in the fiction, due to objective and observable and quantifiable abilities within the system. Only a Cleric can cast Cure Light Wounds. A Wizard's level can be determined with objective certainty by asking him how many spells he can cast. If we're going to continue the work of dissociating character class from fiction, then we're going to need to blur a lot of these lines. 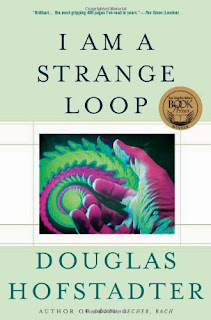 For this purpose, I found inspiration in a passage from Douglas Hofstadter's excellent book on the origin of the self, I am a Strange Loop. In it, he uses a thought exercise to discuss ethics through a lens of souledness, or degrees of soul in various living things, including people. (Don't worry--it's not nearly the apologism for eugenics that this short summary makes it look like.) So let's blur the line between the Cleric and the Wizard by dictating that all magic is intrinsically spiritual, fueled by something like souledness. Now, I rather like the academic and independent nature of the Wizard, so that's where this change comes in. "Soul" is the divine fuel, and it can be provided by one's own spiritual energy. Let us suppose that a spell's level doubles as the prerequisite level of souledness necessary to cast it. Let us also assume that the average human has a souledness of 2. An animal has a 1, an elf has a 3, etc. Ergo, any human with sufficient training and talent in magic is capable of casting up to 2nd level spells on his own power. (And bear in mind that these numbers are just some quick calculations in the margins--they can be hammered out later.) Let us further imagine that it is possible to bestow souledness of your own onto individuals of lesser souledness, for purposes of allowing them to cast spells of higher levels. This mechanically facilitates the concept of gods granting spells to their clerics, and also of the old image of the witch and warlock working black arts in pacts with pagan gods, nature spirits, and demons. A human wizard with 3rd level spell slots therefore needs to track down some entity of higher souledness who is willing to power his spells (probably in exchange for some sacrifice or other bargain), or seek some method of increasing his own souledness, or possibly uncover ley lines or attune to places of great magical power, or possibly even trap the souls of victims to expand his reserves! There can be lots of methods for achieving this need, is the point--and they cover a lot of our different concepts of magic. Runes, crystals, circle-magic, etc.

Obviously, gods under this system will possess tremendous souledness. We can define the boundaries between gods, demigods, ancestor spirits, saints, and so on, if we like. We can determine a degree of souledness that permits the apotheosis of a mortal into godhood. We also recognize that it is possible to interact with this system without knowing about it in the fiction. A cleric dedicated to a god is bestowed with necessary souledness as a matter of course, and his part of the bargain is just engaging in the sorts of things a cleric already does. It also explains why a cleric who changes his alignment loses access to his spells--the god cuts him off, not in some abstract sense, but materially and mechanically. There's no need for Atonement spells or anything of the sort. The god (or a rival deity or power) just has to be convinced to bestow souledness again.

As a result of all of this, we facilitate monotheism in a world of multiple gods. As a priest or prophet or cleric, my perspective is that I perform these miracles in God's name and to His glory. But because I might reasonably believe that the Pharoah's priest turned his staff into a serpent by essentially the same means that a wizard might conjure a monster. The power alone doesn't automatically legitimize their claims regarding its source. Additionally, this mitigates somewhat the improbability of atheism/secularism in such a setting.

We can dissociate the party role of the Cleric and Wizard from their representation in the fiction. Clerics and Wizards are merely different kinds of magic users. A Cleric can make a pact with a dryad or a dragon, or tap into the energies of the ley lines--he can build a tower on the outside of town and devote himself to arcane practices and experiments. The people in town are going to say, "Watch out for the old wizard who lives out there. He's an ornery sort. I heard he turns visitors into toads!" Meanwhile, as I said in the previous installment, a Wizard-class character can don the cassock and bear a holy symbol and have souledness bestowed upon him by a god. He might administer to a sick house, have a congregation, keep a reliquary, and protect his flock with miraculous displays of God's power (in the form of Magic Missile and Fireball). Crucially, under this system, he isn't necessarily a charlatan. He genuinely is granted his power by his god.
at July 01, 2017